Vote for the Most Disgusting Delicacy in the World

While putting together our list of disgusting delicacies we realized that we may have missed some, and that our audience would likely be able to outmatch our choices. Hundreds of great entries poured in, and you guys listed some interesting dishes!

Which of these delicacies is the most disgusting?

Need more background information? Here are links to more information for the finalist entries for the crown of world’s most disgusting delicacy.

The winning submission will win $500. Voting ends at noon Eastern on April 13th. Best of luck to the entrants! We track IP addresses to prevent vote stuffing and other such gaming attempts.

Update: Below is a snapshot we took to record the final results. Congratulations to Jianu Lucian for the winning entry. 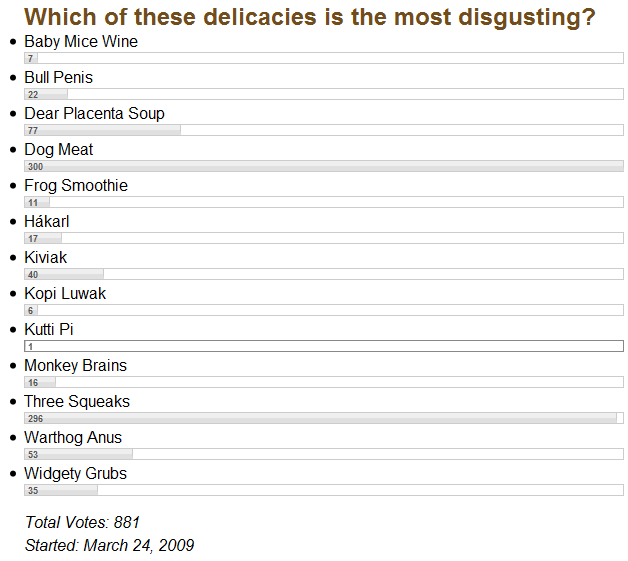