The International Culinary Center in New York City is one of the most highly respected culinary schools in the world. This is rather remarkable if only because the program is so short in duration, 6 months for the day program, 9 months if you take it by night. But the high post-graduation job placement attests to the respect this school has attained within the industry. The focus is on traditional French cuisine and cooking methods.

International Culinary Center in New York City is one of the most highly respected culinary schools in the world. The school's intensive program is short in duration, 6 months for the day program, 9 months if you take it by night, but the high post-graduation job placement rate attests to the school’s industry wide credibility. The focus is on traditional French cuisine and cooking methods.

The Birth of the French Culinary Institute

Dorothy Cann Hamilton, the CEO and founder of the French Culinary Institute (FCI), was born and bred in Brooklyn, NY and would seem an unlikely candidate to have founded one of the premiere professional French cooking schools in the world. Her father ran a trade school in Brooklyn and she had a very typical Brooklyn upbringing. But in high school Hamilton dreamed of visiting Europe. 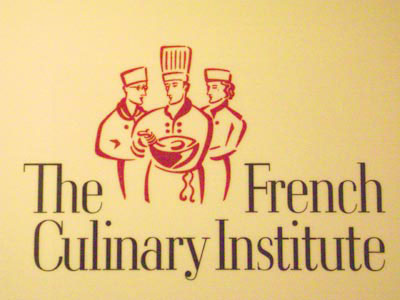 She figured the only way to get her parents to pay for the trip was to go to college there, so she got herself admitted to a British University. She said in an interview that the two worst things were the weather and the food, and that the British girls didn’t much care for Americans. So Hamilton spent her time with the French girls, who introduced her to cheese that wasn’t orange and soft, and taught her how to make a Dijon vinaigrette. Hamilton, who couldn’t afford to fly home for vacations, ended up spending her vacation time in France with her friends, particularly in Burgundy. This was her introduction to French cuisine - an immersion that was to shape her life.

Hamilton did a stint in the Peace Corps in Thailand, then returned to the States during the early 1970’s recession and ended up working at her father’s school, first as a receptionist and eventually as an expert in student financial aid. Though this was a job she hadn’t planned on and ended up in only because of the tough economic times and the need to pay off her own student loans.  She found that she enjoyed working with the students and helping to run the school.

She earned a seat on the National Association of Student Financial Aid Administrators and also sat on the board of directors for the accrediting agency for all trade schools in the US. This got her invitations to visit top trade schools in Europe, which eventually led to a tour of a top professional cooking school run by the French government. As she toured a French culinary school, Hamilton had her light bulb moment.

Upon returning home, Hamilton convinced her father that they should open a French cooking school in New York City, using the French culinary school she had toured as a model. She paid the French government for the use of their curriculum, she imported some of the French teachers as guest instructors, and she kept a strict handle on quality control.

The French Culinary Institute was thus born, in 1984. The French chefs in New York City lauded the school and fawned over it. Those who visited, or were invited to guest lecture, each attested to the fact that this was the exact same training they had received in France. In 2007 the school launched an Italian cuisine program & in 2011 the school was renamed to limit the types of foods studied at the school.

The buzz about the school from within the professional community made it a near overnight success. Expansion of the curriculum, including the establishment of The International Culinary Center, combined with a 2006 move to more spacious quarters, have allowed the school to keep pace with student demand.

Not only is Hamilton the CEO of the FCI, she’s also Chairwoman of The James Beard Foundation and was appointed Chairwoman emerita for life. Hamilton was also host of the acclaimed PBS series entitled Chef’s Story, a series of interviews with 27 top chefs.  The many awards she’s been given attest to her prowess and respect within the culinary arts field. She’s been awarded Chevalier du Merit Agricole (Agricultural Merit Knighthood) from the French government, the Outstanding American Educator award from Madrid Fusion, the Silver Spoon Award from Food Arts magazine, and the prestigious Ordre National du Mérite (National Order of Merit Award) from the French government, to name just a few.

The Background and History of The French Culinary Institute

When she founded the school, Hamilton decided to follow the fast track total immersion method of culinary education used by the French schools, stressing hands on experience, and following it up with professional experience in restaurant settings.

Though the school’s focus has always been on traditional French cuisine, the educational approach is to learn French cooking technique in such a way that it is easily applied to the creation of other regional cuisine.

While enrolled in the program, students spend 75% of their time in kitchen workshops, and the student-teacher ratio is 12:1. Students are taught the 250 basic building blocks of Western cuisine. Unlike some of the other top culinary schools, FCI classes are small enough to facilitate each student’s personal access to faculty.

Many students at FCI are career changers who have left their occupations, in favor of pursuing culinary passions. The maturity level and commitment of the student body, the professionalism of the faculty, the intensity of the program and the school’s location, within the heart of one of the most gastronomically diverse cities in the world combine to create the school’s high energy level. 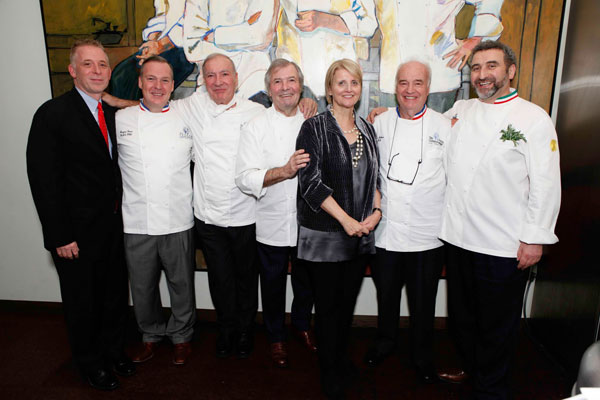 Coinciding with the founding of the school, in 1984, came the opening of L’ecole Restaurant. L’ecole is where students work to sharpen their skills in a true to life production setting. Students work at every station in the kitchen a hands on strategy that ensures they are industry-ready upon graduation. The restaurant has consistently received high ratings from both Zagat and Michelin, and has excellent diner reviews on Yelp.com. The exacting New York restaurant crowd and sophisticated reviewers hold the student restaurant to the same standards set by other fine dining establishments in Manhattan, so the students successes stand as significant accomplishments.

With the fast growth of FCI came awareness that quality instruction for hobbyists and young people were lacking within the culinary arts community. When the school expanded its quarters in 2006, it addressed the need by opening a recreational division, offering evening workshops for amateur cooks and for working professionals seeking to expand their skill set. These workshops are taught by some of the best in the industry.

The Italian Culinary Academy was also founded at that time, offering programs of learning like the Italian Culinary Experience.  Learning starts at the New York school before proceeding to Parma, Italy, for studies at ALMA, the International School of Italian Cuisine. The course culminates in a nine-week work-study in one of the top restaurants in Italy. The course stresses immersion in culture, language, and Italian gastronomic traditions, tying them all together into a comprehensive learning experience. The curriculum was designed by Chef Cesare Casella, the Dean of Italian Studies, former chef of Maremma and Beppe in Manhattan.

FCI has consistently invested in its facilities, so that students are working in the most up-to-date kitchen workshops, featuring Jade ranges and Winkler Wachtel deck ovens. There’s also a state-of-the-art Culinary Theater, where students can observe prominent guest chefs demonstrating techniques, new ideas and presentation tricks. This amphitheater has been used as the setting for culinary contests, a PBS cooking series, and was at one time home of the New York Times online cooking class.

The most important part of the French Culinary Institute experience is exposure to the talent and experience level that is shared by all members of the FCI faculty. The faculty is world-class, including these great chefs:

Programs at the Italian Culinary Academy

Programs at the International Culinary Center

The International Culinary Center offers recreational workshops through its recreational division, for amateur cooks and professionals seeking continuing education in a specific discipline. Most, but not all, are single session workshops, of a few hours’ duration.