Within any commercial kitchen, duties like prepping ingredients and cooking menu items are delegated to a corps of cooks and kitchen assistants. Depending on the type and size of a kitchen, the formal French ‘kitchen brigade’ might be strictly employed, or a variation of this hierarchy might define the structure of the staff.

The Executive Chef is always at the helm, and he is usually aided, at the management level, by one or two assistants known as Sous Chefs.  On the cold-side and hot-side lines, there might be single staffers responsible for filling orders, or there could be many line cooks working together to meet the demand.  Regardless of the size and scope of an operation, kitchens are team environments that require a united front, in order to operate successfully. 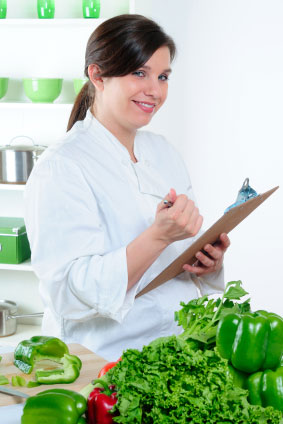 Chefs direct high-level culinary creation and are responsible for the final presentation of each menu item that leaves the kitchen. Executive Chefs place their reputations in the hands of their chosen assistants, who carry out essential tasks that reflect their boss’ wishes.  Without consistent performance from their underlings, chefs simply could not manage to cover all the bases.

Restaurants employ a variety of specialized cooks, who rotate through stations as needed.  Experienced professionals sometimes settle into roles that speak to their strengths, while others remain Jacks-of-all-kitchen-trades. Career-mobile cooks aspire to eventually land chef jobs and take direction the way students take assignments, expecting to better their skills and culinary savvy with each new dish.

The formal brigade defines kitchen roles precisely, but even in casual restaurants,station cooks take direction from head cooks who pass culinary knowledgeto them on the fly.  Common role players found in restaurants, from fine-ding to fast food: 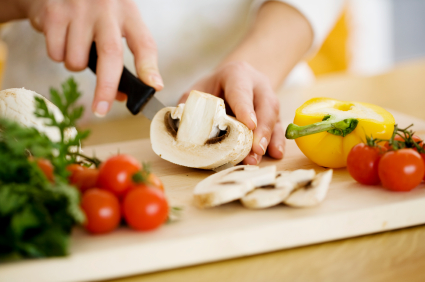 The BLS Occupational Outlook Handbook predicts 11% employment growth for chefs and head cooks in the next decade.

Nearly 18 times as many people are employed as cooks as head cooks & employment is also growing at a similar rate.

The BLS Occupational Outlook Handbook predicts 6% employment growth for bakers in the next decade.

Food and beverage serving workers are anticipated to see even faster employment growth over the next decade.

The BLS Occupational Outlook Handbook predicts 8% employment growth for bartenders in the next decade.

The BLS Occupational Outlook Handbook predicts 8% employment growth for food preparation workers in the next decade.

The BLS Occupational Outlook Handbook predicts 6% employment growth for waiters & waitresses in the next decade.

To understand the labor flow within a kitchen, it helps to think of duties as being split down the middle, to distinguish between cooking and prepping roles.  At large properties, entry-level workers and new hires are typically placed in food prep roles that really don’t involve a great deal of cooking.

Chefs and cooks employ a variety of cooking techniques, using tools like grills, ovens, rotisseries, and range tops.Prep workers; on the other hand, wash, cut, clean, portion, and generally make food items ready to be used in the cooking processes.

Your formal Culinary Arts education is a preliminary phase for earning your stripes as a valued kitchen employee.  On the job experience is essential, so don’t be quick to turn down a food-prep job with a desirable company.  The industry promotes from within, so put your culinary skills and professionalism on display, in an entry-level position, and you will be rewarded with rapid advancement