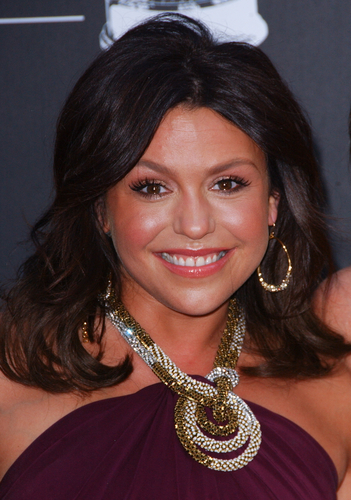 Bubbly Rachael Ray regularly quips that she is not a chef, but a cook. She consistently tosses aside formal measurements as she prepares dishes, and has created her own catchy kitchen terms, including “EVOO,” “delish,” “nutrish,” “stoup,” and “yum-o.”  Ray’s culinary catchphrases only add to the wholesome on-screen charisma that has propelled her career to the TV chef stratosphere.

When she says she’s not a chef, Ray is pointing to the fact that she received no formal culinary instruction. Unfettered by the lack of a formal Culinary Arts credential, she has nonetheless carved out a significant spot for herself in the competitive world of TV chef celebrity. She credits her family’s restaurant ownership and cooking ‘as a way of life,’ for her undisputed kitchen talents.

Emerging on the front end of the hyper-paced epicurean awakening spawned by food TV, Ray’s disarming charm brought her to early prominence on the Food Network.  Since then, her TV presence has grown to include a topical syndicated talk show that is only loosely tied to her culinary roots.

Ray owes some of her gastronomic appreciation to her Italian genealogy, and regularly defers to classic Italian family dishes as part of her 30-Minute Meals format. Using short-cuts—particularly pre-packaged and pre-cut ingredients, Ray brings gourmet cooking into the 30-minute realm, connecting with busy home cooks who want to elevate family cuisine, without devoting too much time to cooking.

Ray tweaks recipes, on the fly, for viewers that prefer modern, quick, even low-fat versions of her comfort food.

Her success illuminates a unique career development path, which for culinary arts students provides a testimonial to the career value of varied food experiences.  Ray worked in various roles within the hospitality industry, including stints as a restaurant manager.  Working as a food buyer for a gourmet retailer added further familiarity to her cache of food knowledge.

Some find her TV persona to be over the top, but her instant charisma translates to star-power. Working among home cooks, who were admittedly reluctant to embrace a higher-level of domestic food-prep, Ray conceived of her 30-minute meals concept. It led to a recurring local TV segment, then national exposure on the Today show.  Her Food Network fame was born of this format with her first successful series on the network.

Her Upstate New York grocery demonstrations set the stage for a weekly 30-Minute Meals show on her local CBS affiliate in Albany, New York. The concept took hold, and Ray’s subsequent contract with The Food Network launched her first successful series 30-Minute Meals, eventually earning her a Daytime Emmy Award for the effort.

Rachael Ray’s other Food Network projects include the popular $40 a Day, Inside Dish, Tasty Travels and Rachael’s Vacations.  In 2006, she was tapped by Oprah Winfrey for a syndicated daily talk show.  The program format is divided between celebrity interviews and cooking demonstrations, each laced with Ray’s infectious enthusiasm.

She has supplemented her TV cooking success with a few dozen cookbooks; a line of enamel coated cast iron cookware, and other product endorsements.  Rachael also launched a monthly magazine in 2005, Every Day with Rachael Ray, for which she serves as Editor-In-Chief.