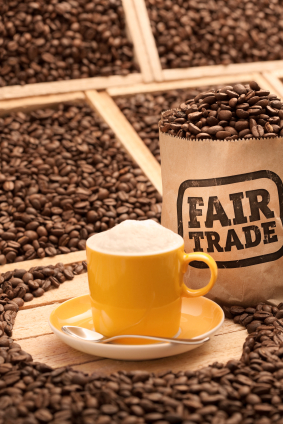 The fair trade movement prides itself on meeting several standards. Proponents of the fair trade movement focus on worker safety and the general welfare of all of those members employed at the production facility. Fair trade goods promise fair wages for workers, safer working conditions, and the complete eradication of child labor. Fair trade suppliers must also meet the environmentally friendly and sustainable standards beset by the movement's overseeing organizations. In addition, fair trade suppliers must contribute to their local communities by making goods that promote recycling through reinforced consumer education.

Many companies that meet the fair trade agreement will heavily emphasize the humanization of their work forces, introduce their consumers to the individuals who actually create the items they buy, and demonstrate the benefits of the purchase to their consumers. The logistics of fair trade encompass integrated supply chain and certification, with the former concentrated on beneficial practices beginning with produce to the final sale. The latter emphasizes the partnership between two individuals who have a product they wish to sell, but they lack the capacity for mass production.

In order for products to be certified as fair trade, they must meet certain standards set forth by fair trade certification organizations. The standards that must be met include labor, developmental, and environmental standards. The inspection and certification of products is carried out by an independent body called FLO-CERT. FLO-CERT was created by the Fairtrade International organization in 2004 and works to ensure that both traders and producers follow fair trade standards.

Fair trade organizations have made an impact on how consumers view the way production facilities treat their workers and the environment. Despite these changes, the fair trade movement still faces enormous challenges in promoting awareness to those uninformed about the exploitation of workers in developing countries. Even the awakened public may not fully understand the benefits of moving forward in support of fair trade. While conviction remains important, change makes the bigger impact. Therefore, customers should remain aware that fair trade promotes the regulation of imports and exports, which leads to the production of quality products for our everyday use. Fair trade converts the consumer into a powerful force that can radically change the way companies conduct business. By instilling this awareness, businesses and companies can turn their heads to more environmentally sound practices.

Consumers can distinguish fair trade items from conventional productions by looking for the label that bears the fair trade mark. The fair trade mark may have different names from various organizations, such as Transfair, the FairTrade Foundation, and Max Havelaar. Consumers can find out the applicable label in their country by referring to the Fair Trade Labeling Organization's database. The Fair Trade Mark is the label that certifies a product that meets the standards of fair trade, according to the FLO system. The Fair Trade Labeling Organization mainly covers food products, such as sugar, coffee, tea, mangoes, orange juice, bananas, chocolate, cocoa, and honey. In addition, it also covers processed foods where it includes a key ingredient covered by the FLO system.