A Culinary 101 on Being Kosher 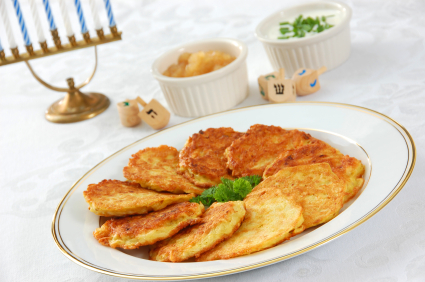 The Jewish religion requires its followers to adhere to a very specific set of rules regarding food consumption. Acceptable foods and preparation practices are known as kosher. The book of Leviticus provides information as to the types of foods that can freely be eaten and how they should be prepared and cooked. The rules and laws are specific enough that Jews have to be especially careful to buy foods labeled as kosher. How an observant Jew cooks and eats is similarly regulated. Read on to learn about why people keep kosher and how to do so.

People have been keeping kosher for as far back as Biblical times, or around 3,500 to 4,000 years ago. The practice increased significantly in the West when large numbers of Jews migrated to the United States. The first known instance of kosher food in the U.S. dates back to the mid-1600s. The most basic reason for keeping kosher is simply because the Torah outlines that it should be followed. However, many rabbis also further encourage it by suggesting that this type of diet helps to increase one’s spirituality and discipline, as well as furthering Jewish customs. Many also cite the practice’s stringent sanitary laws as a reason to eat foods that are prepared in a very hygienic manner.

General Rules of Being Kosher

The main rules of keeping kosher outline a number of foods that may or may not be consumed. Kosher laws also specify that animals and birds that are slaughtered for food must be killed according to ritual. Before cooking, all of the creature’s blood needs to be drained, and only some parts can be consumed. Mixing categories of foods is also regulated. Dairy products cannot be mixed with meats, while pareve (non-meat or dairy products) cannot be eaten with meats or dairy. For example, vegetables or fruit cannot be eaten with meat or dairy. These practices extend to food preparation and cooking as well, so that separate containers and utensils have to be used for each category of food. Some families color-code their kitchen tools according to food categories to prevent accidentally using them wrongly.

Specifics of a Kosher Diet

In the meat category, Jews are allowed to eat common domestic farm animals that include cows, goats, and sheep, as well as more exotic creatures such as giraffe, ibex, and gazelle. Similarly, common farm-bred poultry such as ducks, geese, and chickens are acceptable. Technically turkey is a kosher meat, but because it was never specifically referred to in the Torah, some sects do not permit it. Standard fish such as tuna or salmon are safe for kosher diets. Jews are only allowed to consume the meat of creatures when a shochet (a Jew who is specially trained and licensed to butcher animals for food) kills the beast with a single slash to the throat. The knife that is used must be very sharp, and as the process very quick and painless, it is recognized as the cleanest and is the most humane way to slaughter the animal. Fruit and vegetables can be freely consumed as long as they are first checked for insects. Eggs from kosher animals are also acceptable, and this even includes caviar if it is obtained from kosher fish. Dairy foods include anything that contains milk. Dairy products are only allowed if they are derived from kosher animals and do not include any type of meat by-products or substances. Other items such as bread and cereal (which are considered as pareve) can be eaten if it does not contain dairy.

Foods Forbidden in a Kosher Diet

Foods that are not allowed within the kosher guidelines are known as treif. When it comes to meat, Jews are not allowed to eat meat from animals that bear cloven hoofs or those that do not chew cud. Furthermore, while they can eat fish, they cannot consume water creatures that lack fins or scales, which eliminates shellfish and squid. Insects, scavenging creatures, reptiles, and amphibians are all excluded from a kosher diet. Since consumption of blood is prohibited, the shochet needs to ensure that recently killed animals are fully drained of their blood before the meat is available for consumption. Since eggs may sometimes contain bloodspots, they need to be carefully checked before eating and discarded if any blood is found.