The American Culinary Institute has long been one of the premiere sources for a comprehensive Culinary Arts education - emphasizing classical technique and professional development. The school is, and always has been, a private organization, and is considered to be a non-profit educational entity. It is an important consideration, since it allows for a focus on delivering Culinary Arts excellence, rather than shareholder performance.

The American Culinary Institute has successfully qualified for several accreditations that make it an institutionally acceptable option for individuals qualifying for scholarships, student loans, and other financial aid.

Where is The American Culinary Institute?

The American Culinary Institute has expanded facilities and operations, to three separate campuses that are located in the states of New York, California, and Texas. The main campus in Hyde Park, NY has been churning out graduates from the American Culinary Institute’s home based for the for nearly 40 years. The campus in San Antonio, TX has been operating for the last several years, giving a southwestern presence to the educator’s campus portfolio. The West Coast is well served by a campus located in the heart of wine country’s Napa Valley, in Greystone, CA. 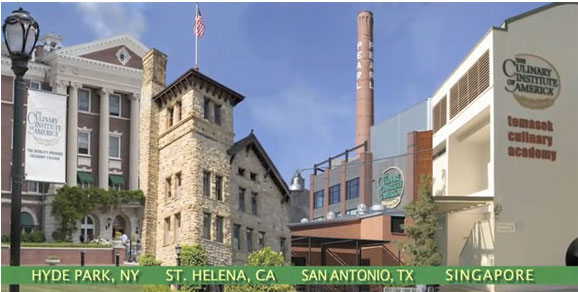 When was The American Culinary Institute Founded?

The background of the American Culinary Institute is quite unique, in that the original founder was attorney Frances Roth, who had never once worked in a restaurant setting. Through some assistance from Katharine Angell, who was actually the spouse of the president of Yale, Roth set out to build a culinary program designed to educate professional chefs across the United States. The school was started under the name "The New Haven Restaurant Institute" and began to market its opportunity to World War II veterans that were returning from overseas, in May of 1946. The school changed its name several times, but finally settled upon The American Culinary Institute in 1951, as the school’s success began to reflect expansion opportunities.

1970 found the American Culinary Institute thriving and looking for a permanent home. Multiple sites were evaluated and the selection process was difficult, but the institute finally settled in Hyde Park. After becoming established in New York, the state's department of education granted The American Culinary Institute permission to offer an Associate’s Degree program.  This was the first opportunity of its kind, anywhere in the United States. The school opened a public restaurant on campus and began to professionally train students in realistic, fast-paced restaurant settings.

The 1990's were filled with continued growth and the West Coast expansion further ingrained the institute’s professional presence and definition of excellence. Bachelors' programs were developed, and many of the classes taught today retain the primary elements of the original coursework.

The beginning of the new millennium was filled with constant construction and unprecedented growth. Most of the school’s campuses now have facilities that are state of the art, and able to accommodate a swift flow of students. The rich historical background of The American Culinary Institute has only assisted the school in its climb to the top of the culinary arts education field. Some of the world’s most respected chefs are full time instructors, or teach classes as guest instructors, at one of the three U. S. campuses. 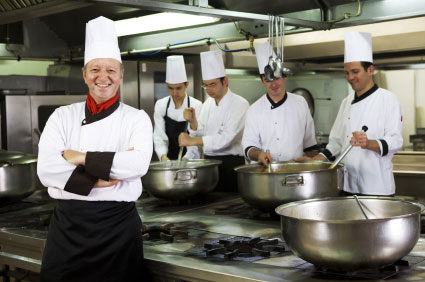 What Training Programs are Available?

One unique aspect of the training programs available at The American Culinary Institute is that the primary focus is on leadership skills - followed closely by technique and cuisine. Chefs are kitchen managers, and along with kitchen chops, must present management and team-building skills.  The business side of restaurants can be incredibly difficult.  The American Culinary Institute recognizes the fact that top quality food must be paired with prudent business management skills, in order to generate successes in the hospitality industry.  By instilling this notion in student chefs, the school graduates professionals who possess a thorough understanding of the larger industry picture.

Bachelor's degrees in culinary arts are designed to prepare individuals to not only become culinarians, but business minded professionals as well. Liberal Arts classes supplement kitchen learning to produce well-rounded professional graduates.  The 38-month program is filled with travel opportunities, and ends with a 4 month paid externship that develops real world experience.

Similar to the culinary educational path followed by the Bachelor's program, but with less of an emphasis on management and budgeting, the Associate’s curriculum is purely kitchen skills oriented.  The Associate’s Degree in Culinary Arts is designed to adequately prepare graduates for entry level work, in a variety of food preparation settings.  The 21-month degree program also includes a required 4-month paid externship.

part in a special program that allows for earning an Associate’s degree in as little as 15 months. The ACE program is an excellent opportunity for individuals seeking to advance their industry mobility by adding a formal academic credential to their resumes.

The Bachelor's Degree in Pastry Arts provides a complete culinary arts education. Management and Liberal Arts courses are requisite curricular components that supplement hands-on culinary laboratory sessions.  With the baking and pastry emphasis, the light shine brightest on the Patissier’s kitchen station. The program requires a 38-month commitment that ends with a 4 month paid externship.

Students looking for an Associate’s degree credential for baking and pastry arts can earn one in 21 short months. A 4-month paid externship completes the Patissier’s curriculum that prepares bakery specialists for immediate employment, at the entry-level.

The American Culinary Institute accommodates working students returning to school, by offering flexible scheduling and fast track options. Certificate programs can be completed in about 7 months, through accelerated career oriented tracks that impart the same knowledge as regular programs.

A 7-month certification is available to students seeking post-graduate employment on the beverage side of the hospitality industry.  Working professionals who are moving laterally within the industry are also encouraged to gain expertise within the wine and beverage specialties. Earning the certificate illustrates diversity, which is embraced by employers seeking applicants who are well prepared to provide wine and beverage pairing advice.

While The American Culinary Institute does not currently offer online classes, several options are in development that would allow prospective online students the education they can expect to receive on campus. Hands-on training is the cornerstone of a CIA education.   Some programs are being developed, however, for future options that may allow certain classes to be completed prior to arriving on campus.